In Remembrance of Edward Nicholas Krapels 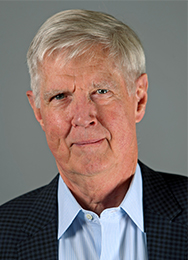 Dr. Edward N. Krapels, a resident of Andover, MA, and Silver Lake, NH passed away on September 25th due to complications associated with a lung transplant. He was with his wife, Sarah Emerson, and his sons, Benjamin and Samuel Krapels. Dr. Krapels was an expert on energy markets and an entrepreneur.

Ed was born in Heemstede, The Netherlands in 1949, and emigrated with his family to Puerto Rico in 1956 before emigrating to the United States in 1959. He lived with his family in High Point, North Carolina, and attended the University of North Carolina at Chapel Hill. He earned his M.A. at the University of Chicago and his Ph.D. at the School of Advanced International Studies at Johns Hopkins University. He started his career at the Federal Energy Administration and was sent to the International Institute for Strategic Studies in London where he authored an Adelphi Paper on Oil and Security. He continued his work on energy security at the Royal Institute for International Affairs or Chatham House. He was then tapped by the Rockefeller Foundation to write a book on Oil Crisis Management. As an expert in energy security, he was involved in the creation of the international energy program of the relatively new International Energy Agency. This led to the creation of strategic oil stockpiles and collective emergency management by the OECD countries. Since then he has written several books, dozens of monographs, and scores of articles ranging from energy security to risk management to international oil to U.S. electricity markets.

Upon returning to the United States he became an independent consultant and founded Energy Security Analysis, Inc. (ESAI). In 1986, Sarah Emerson joined him, and they built a firm that published oil market analysis and forecasting. Ed traveled all over the world as an oil market expert and cherished the many friends he made across the global oil industry. In 1990, Ed and Sarah married and in the ensuing years had two sons, Benjamin and Samuel. In 1997, Ed moved his family from Washington, DC to Boston, and shifted gears from petroleum to electricity, focusing on the restructuring power markets of the Northeastern United States. In the early-2000s he founded Anbaric Power (now Anbaric), which co-developed the New York-New Jersey Neptune and Hudson 660 MW transmission lines that today provide power to Long Island and New York City. In doing so, Ed helped create the independent transmission industry in the US. His strategic vision has since led Anbaric into the offshore wind sector. Ed stepped down as CEO of Anbaric in June of this year.

Ed loved his career in energy and excelled at bringing together people with complementary skills to solve complicated energy questions. He was an expert on regulation in both the petroleum and power sectors, and for the last two decades, has been a thoughtful and enthusiastic advocate of the Energy Transition.

Arriving in North Carolina as a boy, speaking only Dutch and a bit of Spanish, and skipping two grades to be in class with his older brother, Ed knew how hard it was to make a beginning in America. Over the course of his career, he became committed to helping those with limited opportunities. To that end, Ed and Sarah helped fund the first Posse Foundation class at Cornell University, which provided academic and financial support to a dozen students from Chicago. Ed was a big fan of SquashBusters, which teaches squash while tutoring middle and high schoolers from underserved communities to help them reach and succeed in college. Inspired, Ed started SquashBusters Lawrence.

In 1989, Ed was diagnosed with the genetic disease, Alpha 1 Antitrypsin Deficiency, which led to the gradual deterioration of his lung capacity. That is probably when he first started thinking about the eventual need for a lung transplant. As his understanding of chronic obstructive pulmonary disease (COPD) progressed, he focused more of his time on supporting research towards a cure. He was an Advisor to The Channing Division of Network Medicine at Brigham and Women’s Hospital. He served on the board of the Alpha-1 Project and was an early investor in APIC Bio, which is working on a cure for Alpha-1. Last Spring, he used his tremendous organizational skills to bring together a group of experts focused on the development of randomized testing for COVID-19 in an effort to improve understanding of how the disease spread.

Faced with a slow-moving fatal disease, Ed was committed to living life to the fullest. He was always game for a new adventure and never said no. He traveled, hiked, skied, biked, and camped with his family. Ed spent as much time as possible with Ben and Sam to whom he was devoted. He loved his home on Silver Lake. His favorite night out was a classical music concert, especially if it featured J.S. Bach. He played St Mathews’s passion every Sunday morning while he read the paper. His favorite night of the year was attending the Christmas Pops with his extended family.

Ed was predeceased by his parents, Johannes and Hendrina Krapels, and his brothers Peter and John Krapels. He is survived by his wife Sarah of Andover, MA, his sons, Benjamin and Samuel of Brooklyn, NY, his nephew Nicholas Krapels of Shanghai, China, and his sister Willi Krapels Foster and her husband, Tom, of Beaufort, NC. He is also survived by his beloved Massachusetts in-laws, whom he called outlaws: Nathan and Terri Emerson of Acton, MA, Matt and Julie Emerson of Amherst, MA, and Eldrine Emerson of Burlington, MA.

Ed’s family will hold a private burial service for him this Fall. A Memorial Service to celebrate his life and work will be held in Boston in the Spring of 2021.