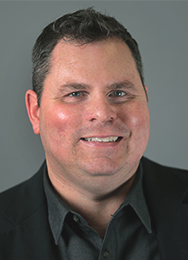 Luis Ortiz is Vice President at Anbaric. Prior to joining Anbaric, he served as Executive Vice President and Chief Technology Officer of Solar Grid Storage (SGS). Mr. Ortiz is also the co-founder and former President of Ambri (formerly known as Liquid Metal Battery Corporation), an early stage company working to develop and commercialize a new battery technology that will revolutionize grid-scale electricity storage. From 2008-2011, Mr. Ortiz served as the Research Director of GroupSadoway at MIT.

Mr. Ortiz has nearly twenty years of experience in the commercial battery industry serving as both an independent consultant and as a Program Manager for technology transfer while with Valence Technology. Prior to entering the energy sector, Mr. Ortiz was a Six Sigma Blackbelt in Honeywell’s Electronic Materials Division. He holds an S.B. and Sc.D. from MIT’s Department of Materials Science & Engineering.