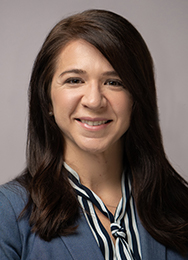 Prior to joining Anbaric, Ms. Fuller served as Chief of Staff to Congressman and House Energy and Commerce Committee Chair Frank Pallone (NJ-06), where she oversaw staff executing legislation ranging from telecom to environmental issues. She has also held roles as Director of Cabinet Affairs in the administration of Governor Jon Corzine where she oversaw the operations of several state departments and as the Executive Director of a state political party.

Ms. Fuller graduated with honors from Boston University. She is an elected member of the Board of Education in her hometown of Ocean, New Jersey, as well as serving as a board member of the Boys & Girls Club of Monmouth County.

Janice Fuller can be reached at jfuller@anbaric.com.